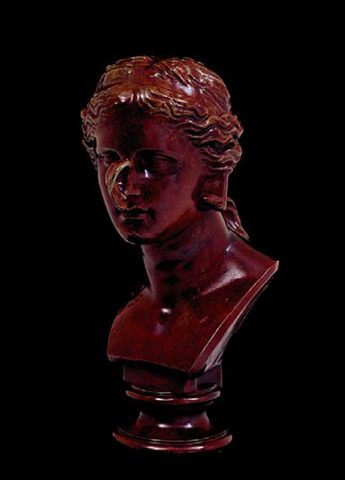 At the back of the head, at the bottom: signature « Salvador Dalí » At the back of the base Valsuani foundry, cire perdue and numbering1/8 to 8/8 and I/IV to IV/IV.
The Venus was made from Dalí’s original plaster dating from 1964, restored by D.E.MART. This white plaster was given to Qu Art.
There are several copies of the original plaster including one version with the beginning of an arm made specially for the Boymans van Beuningen museum in Rotterdam.
In 1992 – 1993, Qu Art made 12 originals with 10 different patina numbered from 1/8 to 8/8 + 4 artist’s proofs numbered from I/IV to IV/IV.
Two not-for-sale copies were made for the artist or his heirs, plus one F cast, a non-marketable proof of the foundry.
450 multiple bronze sculptures were cast measuring 50 x 33 x 13 cm.
At the back of the cross, at the bottom: signature « Salvador Dalí », stamp Fonderia Bonvicini and numbering…/450 (back of the base).