Salvador Dalí's genius was expressed not only through painting, but also through the fields of sculpture, writing, illustration, direction and jewelry design.

The passion for sculpture was born in 1934 where, inspired by the best-known iconographic images created during his life, he devoted himself to three-dimensional sculptures. In fact, the simple canvas could no longer contain the artist's ingenuity, that reached its maximum expression with three-dimensionality. Fascinated by sculpture, Salvador Dalí gives rise to a series of surreal objects made through the lost wax casting technique. This technique is based on the creation of a wax model used to make a mold, in which to pour molten bronze. This was not the only material Dalí used for his creations, in fact, thanks to the elaboration of colored glass, he was able to create one of the most unique collections of sculptures in the world. The first glass objects of the 1960-1970’s result from the artistic collaboration witht he well-known French glassmaker Daum Cristallerie. Dalí thought that ‘pâte de verre’ was an "expression of metamorphosis", a perfect tool that embodied his perception, a surrealistic reality.

Many artistsusedrecurring elements in their works, until are consideredas an integral part of their expression. The Catalan painter, in fact, often portrayed mirror images of his childhood thoughts and experiences. Source of inspiration were the theories of Segmund Freud which represented a constant in his artistic communication. The most famous subject that Dalí chose for his works was the Soft Clock. The artist created the sculptures of clocks taking inspiration from one of his best known paintings, "The Persistence of Memory". Using these soft clocksDalí proved that Time isn’t immutable and static but that it has a flexible and boundless value. Other elements that have become Dalinian symbols are the Elephants, animals depicted in various paintings that both on canvas and in sculptural form were represented with long and thin legs, thus highlighting the gap between strength and fragility. The artist, therefore created a sense of unreality, showing the idea of weightlessness with a structure.

Another symbols in Dalí's works are the Ants, which indicated the decline of a man, recalling the precariousness of life and therefore death. They also represented sexual desire.

Eggs are also a constant in the artist's work, as they symbolize the prenatal and ultra-uterine period, emphasizing the hope and love of a new life. Eggs also symbolized duality in Dalí’s idea: the rigid exterior and the soft interior. This dualism is also typical of Dalí's Snails, beloved animals, that are connect to his meeting with Freud. The artist was fascinated by their special geometry and he associated them with the slow passage of time. In Dalinian Crutches we find the concept of support, of the inability of a weak being to support himself. In the simple object of the crutch, Dalí saw a symbol of a human values. Another element that the artist took from Freud's theories are the Drawers, which symbolize the secrets, memories and the subconscious that each of us should explore. When the drawer is open it indicates that there is nothing more to reveal, if it is closed, the mystery remains. 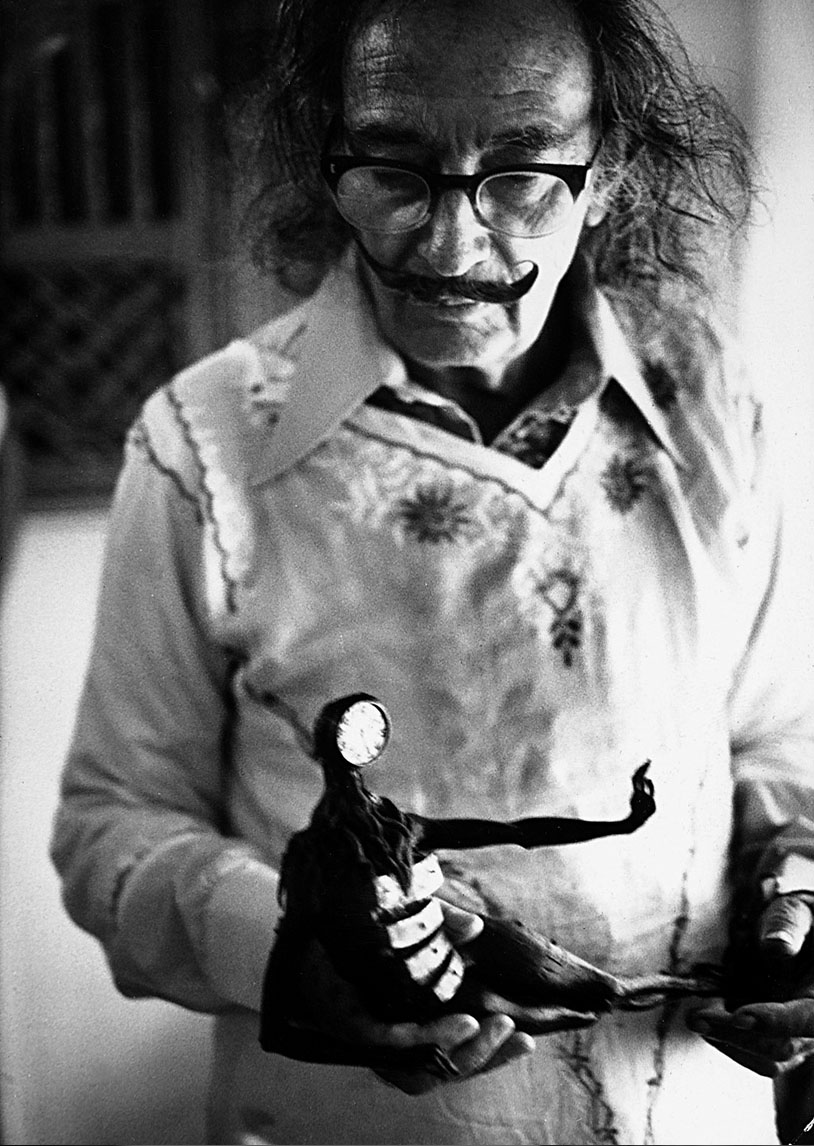 “Painting is an infinitely minute part of my personality.”